Alexander, son of the Earl of Wobster, was stripped of his title and his position by his cousin Christopher, who also robs Vivian, the woman he loves.

The only evidence of Alexander to regain his title and Vivian is in the blood, but his fate is full of mysteries and lies , which is far from the rightful one. 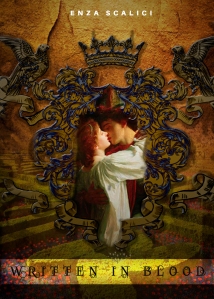 Vivian does not understand the difference between the lover who made woman, and the one lying down with her night after night, indifferent to her charms, and who just desired his pleasure. What happens to Christopher..? His behavior becomes increasingly incomprehensible day after day, annoying her, while the love for Alexander grows with her doubts. What secret hides Susan? And, why Lady Clarissa is so resentful of this?

An amazing turn of events leads the characters to a fatal and inevitable fate.